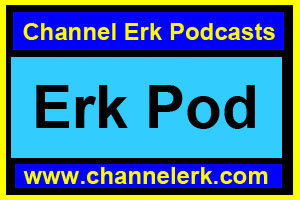 Welcome to Erk Pod episode 546. Erk’s June 2014 Wanderer comes to an end with Erk flying home to Melbourne via Sydney. It has been Erk’s shortest international trip but one that has been action packed. Rather than going straight home, Erk is off to an ice hockey game in Melbourne! Erk hopes you have enjoyed listening to his trip even though the episodes have taken a while to be released.